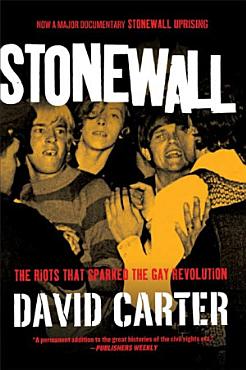 
The basis of the PBS American Experience documentary Stonewall Uprising. In 1969, a series of riots over police action against The Stonewall Inn, a gay bar in New York City's Greenwich Village, changed the longtime landscape of the homosexual in society literally overnight. Since then the event itself has become the stuff of legend, with relatively little hard information available on the riots themselves. Now, based on hundreds of interviews, an exhaustive search of public and previously sealed files, and over a decade of intensive research into the history and the topic, Stonewall: The Riots That Sparked the Gay Revolution brings this singular event to vivid life in this, the definitive story of one of history's most singular events. A Randy Shilts / Publishing Triangle Award Finalist "Riveting...Not only the definitive examination of the riots but an absorbing history of pre-Stonewall America, and how the oppression and pent-up rage of those years finally ignited on a hot New York night." - Boston Globe


"Comprehensive account of the 1969 raid on a gay bar by New York City police that sparked protests and inspired the lesbian, gay, bisexual, and transgender (LGBT) rights movement. Explores the atmosphere leading up to the riots, the events, and their legacy. Includes a narrative, biographies, primary sources, chronology, glossary, bibliography, and index"-- 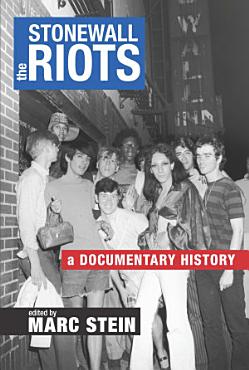 
On the occasion of its fiftieth anniversary, the most important moment in LGBTQ history—depicted by the people who influenced, recorded, and reacted to it. June 28, 1969, Greenwich Village: The New York City Police Department, fueled by bigoted liquor licensing practices and an omnipresent backdrop of homophobia and transphobia, raided the Stonewall Inn, a neighborhood gay bar, in the middle of the night. The raid was met with a series of responses that would go down in history as the most galvanizing period in this country's fight for sexual and gender liberation: a riotous reaction from the bar's patrons and surrounding community, followed by six days of protests. Across 200 documents, Marc Stein presents a unique record of the lessons and legacies of Stonewall. Drawing from sources that include mainstream, alternative, and LGBTQ media, gay-bar guide listings, state court decisions, political fliers, first-person accounts, song lyrics, and photographs, Stein paints an indelible portrait of this pivotal moment in the LGBT movement. In The Stonewall Riots, Stein does not construct a neatly quilted, streamlined narrative of Greenwich Village, its people, and its protests; instead, he allows multiple truths to find their voices and speak to one another, much like the conversations you'd expect to overhear in your neighborhood bar. Published on the fiftieth anniversary of the moment the first brick (or shot glass?) was thrown, The Stonewall Riots allows readers to take stock of how LGBTQ life has changed in the US, and how it has stayed the same. It offers campy stories of queer resistance, courageous accounts of movements and protests, powerful narratives of police repression, and lesser-known stories otherwise buried in the historical record, from an account of ball culture in the mid-sixties to a letter by Black Panther Huey P. Newton addressed to his brothers and sisters in the resistance. For anyone committed to political activism and social justice, The Stonewall Riots provides a much-needed resource for renewal and empowerment. 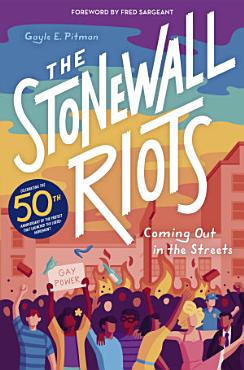 
This book is about the Stonewall Riots, a series of spontaneous, often violent demonstrations by members of the gay (LGBTQ+) community in reaction to a police raid that took place in the early morning hours of June 28, 1969, at the Stonewall Inn in the Greenwich Village neighborhood of Manhattan, New York City. The Riots are attributed as the spark that ignited the LGBTQ+ movement. The author describes American gay history leading up to the Riots, the Riots themselves, and the aftermath, and includes her interviews of people involved or witnesses, including a woman who was ten at the time. Profusely illustrated, the book includes contemporary photos, newspaper clippings, and other period objects. A timely and necessary read, The Stonewall Riots helps readers to understand the history and legacy of the LGBTQ+ movement.


Stonewall Riots: In June of 1969, a gay bar in Greenwich Village, New York called The Stonewall was raided by police. This is historically agreed as the catalyst to set forth the gay rights movement. Facing persecution, prosecution and a violation of their civil rights, the homosexual community was mad as hell and they weren't going to take it any more. The events at Stonewall lead to riots and demonstrations to open the dialogue and fight for the basic human rights of the homosexual community. TidalWave Productions is proud to present Stonewall, a detailed account of movement that started with Stonewall and continues to this day with the gay community celebrating gay pride each year to commemorate the brave efforts of the community. Writer Michael Troy and artist David T. Cabera tell the important footnote in gay American History. "The Comic Book Every Child Should Own" Buzzfeed As featured on CNN, FOX News, Time Magazine, The Washington Post, LA Times, The Advocate, and MSNBC!


In June of 2019, St. Mark's Lutheran Church and the Human Family commemorated the 50th Anniversary of the Stonewall Riots through a celebration of art. Ten artists crafted works that reflected upon the meaning and importance of the riots half a century later.The Stonewall Riots were a series of spontaneous demonstrations by members of the LGBTQ community against a police raid that took place in the early morning hours of June 28, 1969, at the Stonewall Inn in the Greenwich Village neighborhood of Manhattan, New York City. The riots are widely considered to constitute the most important event leading to the gay liberation movement and the modern fight for LGBTQ rights in the United States. 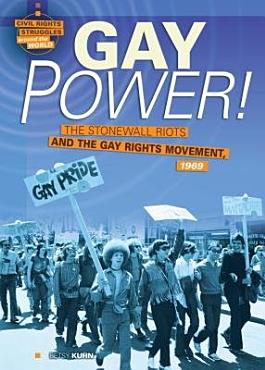 
Examines how the Stonewall Riots in the Greenwich Village neighborhood during June 1969 helped start the gay rights movement in the United States and around the world.


A zine celebrating the fiftieth anniversary of the Stonewall riots and its place in LGBTQIA history. 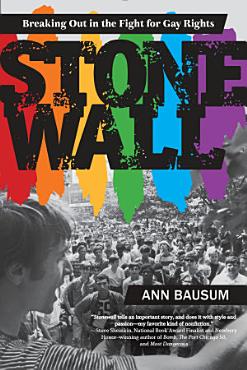 
The first history of gay rights for teen readers, focusing on the Stonewall Inn riots and their legacy in the LGBTQ community.