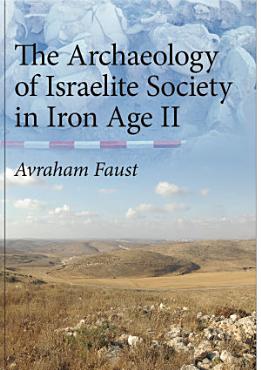 
Referring to several important introductory books written about the archaeology of the land of Israel, William Dever once stated: “However adequate these may be as introductions to the basic data, none makes any attempt to organize the data in terms of social structure. . . . This is a serious deficiency in Syro-Palestinian and biblical archaeology, when one considers that the general field of archaeology has been moving toward social archaeology for 20 years or more. (Dever, “Social Structure in Palestine in the Iron Age II Period on the Eve of Destruction,” in The Archaeology of Society in the Holy Land [ed. T. E. Levy, London, 1995, p. 416]). Lack of discussion of social questions has characterized the archaeology of the land of Israel for some time, even though around the world these questions constitute an important component of archaeological research (see, for instance, the work of Renfrew, Flannery, Gibbon, Blanton, Dark, Bahn, Hodder, Trigger, and many others). The Archaeology of Israelite Society in Iron Age II fills this gap and analyzes the structure of society in the ancient kingdoms of Israel and Judah from an archaeological viewpoint. It also applies models and theories from the field of social and cognitive archaeology, using the tools of various social-science disciplines (anthropology, sociology, economics, geography, and so on). Due to his ability to use what is probably the largest archaeological data set in the world—hundreds of planned excavations, thousands of salvage excavations, and extensive surveys, all from the small region that was ancient Israel—Avi Faust contributes not only to the study of ancient Israelite society but to the most fundamental questions about ancient societies. These questions include the identification of socioeconomic stratification in the archaeological record, the study of family and community organization, the significance of pottery, small finds and architecture as indicators of wealth, and more. This groundbreaking monograph is one of the first attempts at a large-scale study of Israelite society based primarily on the archaeological evidence. The following acknowledgments were inadvertently omitted from the front matter of the volume: Amihai Mazar: figure 31 Amnon Ben-Tor: figures 40, 41 Israel Antiquities Authority: figures 21, 24, 25, 26, 29, 30., 32, 33, 36, and Photo 5 Israel Exploration Society: figures 11, 13, 15, 17, 18, 19, 27, 42 Israel Finkelstein: figure 28 Izhak Beit Arieh: figures 34, 35 Shimon Dar: figures 22, 23 The Institute of Archaeology, Tel Aviv University: figures 7, 8 The Institute of Archaeology, the Hebrew University: figures 40, 41 Zeev Herzog: figures 6, 9, 10, 12, 14, 16, 20 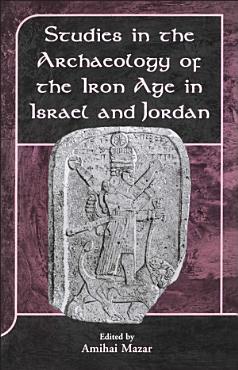 
Thirteen essays on the Iron Age in Israel and Jordan, covering settlement patterns, iconography, cult, palaeography and the archaeology of certain key sites. This volume offers an exceptionally informed update in a fast-moving area of discovery and interpretation. The first section deals with spatial archaeology and settlement patterns, all the papers based on the fieldwork by A. Zertal in Samaria, A. Ofer in Judah, G. Lehmann in the Akko Plain, and S. Gibson in various areas in the hill country of Israel. The second section covers religion and iconography. The two single Iron Age temples known today in Israel, at Dan and Arad, are discussed by A. Biran and Z. Herzog. R. Kletter and K. Prag discuss clay figurines and other cult objects; T. Ornan identifies Ishtar on a number of seals and on a silver pendant; and N. Franklin examines the iconography and meaning of the wall relief in Room V at Sargon's palace in Khorsabad. The last section includes three studies related to specific sites. M. Steiner considers urban development in Jerusalem during Iron Age II; A. Mazar presents data from Iron Age II Beth Shean, and P. Bienkowski and L. Sedman discuss finds from Buseirah, the capital of Edom. 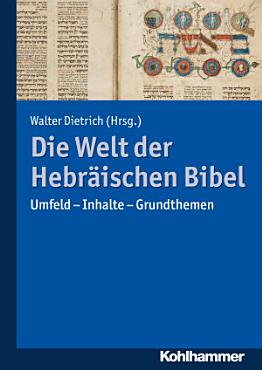 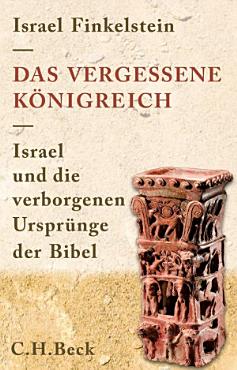 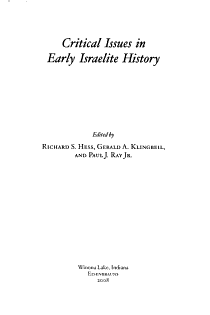 
Today, the mainstream opinion is that there was no Conquest, and the Israelites, if they can be identified as a national entity or as a people, did not arrive in Canaan by means of a military conquest. For three days in March 2004, a group of scholars met to consider the state of the question and to provide a response to the predominant academic skepticism, a response that considers the biblical text to be an important datum in the construction of the history of the people of Israel. Critical Issues in Early Israelite History publishes the papers read at this conference. --from publisher description. 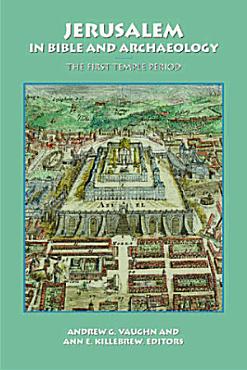 
What are archaeologists and biblical scholars saying about Jerusalem? This volume includes the most up-to-date cross-disciplinary assessment of Biblical Jerusalem (ca. 2000-586 B.C.E.) that represents the views of biblical historians, archaeologists, Assyriologists, and Egyptologists. The archaeological articles both summarize and critique previous theories as well as present previously unpublished archaeological data regarding the highly contested interpretations of First Temple Period Jerusalem. The interpretative essays ask the question, "Can there be any dialogue between archaeologists and biblical scholars in the absence of consensus?" The essays give a clear "yes" to this question, and provide suggestions for how archaeology and biblical studies can and should be in conversation. This book will appeal to advanced scholars, nonspecialists in biblical studies, and lay audiences who are interested in the most recent theories on Jerusalem. The volume will be especially useful as a supplemental textbook for graduate and undergraduate courses on biblical history. 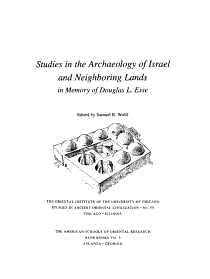 
The studies in this impressive volume of over 700 pages are presented in memory of Douglas L. Esse, an archaeologist and assistant professor at the Oriental Institute of the University of Chicago until his untimely death at the age of forty-two on October 13, 1992. The majority of the thirty-four chapters in this volume are concerned with the study of the Early Bronze Age, and some chapters deal with periods and issues that pre-date and post-date the Early Bronze Age, as all of the forty-six authors selected to contribute to this volume were either colleagues or students of Esse and some were not primarily Early Bronze Age specialists. Chapter One includes three "Tributes" to Esse by L. E. Stager, A. Ben-Tor, and D. Saltz that assess the impact of Esse's scholarship, excellence in fieldwork, and the friendship he showed to all of those with whom he worked. Many of the chapters are concerned with ceramic studies from various historical periods, while other chapters deal with burial customs, cult, chronology, social organization, cylinder seal impressions, faunal studies, metrology, architecture, radiocarbon determinations, and maritime trade. The Israelite sites that figure prominently in these studies include Tel Maahaz, Tel Dor, Megiddo, Arad, Ai, Tel Yaqush, Nahal Tillah, Beit Yerah, Illin Tahtit, and Ashkelon. The geographical areas that are investigated include the Soreq Basin, the Akko Plain, the Jezreel Valley, the Dead Sea Plain, and the Carmel Coast and Ramat Menashe regions in Israel and Jordan; external studies are concerned with material from Egypt, the site of Alishar Hoyuek in Turkey, Tell el-Umeiri in Jordan as well as with pottery connections in Arabia. One chapter is concerned with the latest historical periods, which discusses the Persian and Muslim conquests in Palestinian archaeology. 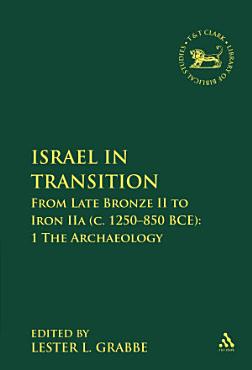 
For more than a decade the European Seminar in Historical Methodology has debated the history of ancient Israel. The really seminal period—one of great debates over a number of different topics—is the four centuries between the Late Bronze II and Iron IIA. This book covers the Seminar session devoted entirely to archaeology. 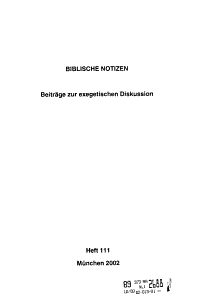 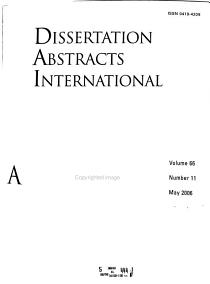