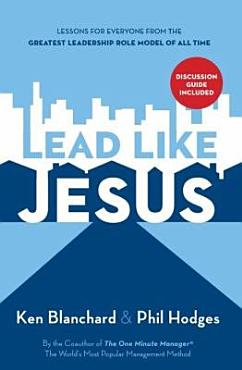 
The author of One Minute Manager, one of the world's most popular management methods, introduces principles for effective leadership that focus on Jesus as a role model, aligning four internal and external domains--the heart, the head, the hands, and the habits. 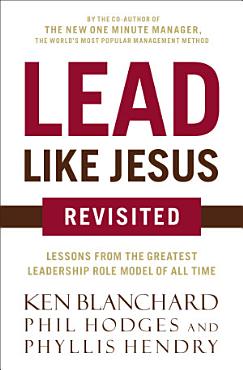 
"The more I read the Bible, the more evident it becomes that everything I have ever taught or written about effective leadership over the past 25 years, Jesus did to perfection. He is simply the greatest leadership role model of all time." -Ken Blanchard Effective leadership—whether on the job, in the community, at church or in the home—starts on the inside. Before you can hope to lead anyone else, you have to know who you are. Every leader must answer two critical questions: Whose are you going to be? Who are you going to be? One deals with your relationship to Christ. The other with your life purpose. In this newly revised classic, renowned leadership expert Ken Blanchard along guides readers through the process of discovering how to lead like Jesus. It really could be described as the process of aligning two internal domains-the heart and the head; and two external domains—the hands and the habits. These four dimensions of leadership form the outline for this very practical and transformational book. With simple yet profound principles from the life of Jesus, and dozens of stories and leadership examples from his own life, Ken Blanchard will once again show us the way effective leaders lead. 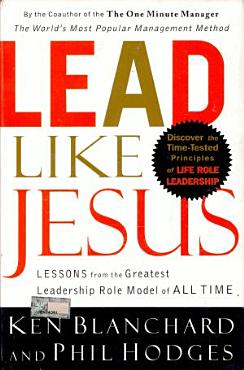 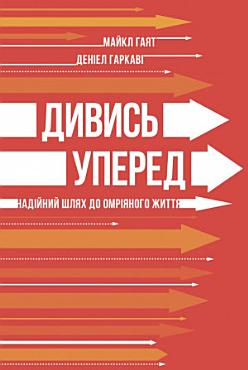 
How did Jesus lead people? This matters because without leadership there is no discipleship --without discipleship there is no church. Discipleship is indispensable. Yet discipleship is often the battlefield upon which religious-culture does war against itself and its purpose. In the ministry of Jesus we find deep-seated principles that illustrate how Jesus created disciples. These principles are so fundamental that they speak to every issue of christian leadership and church culture. Jesus did not create rule sets. Jesus did not offer discipleship manuals. His leadership was astonishing to those who witnessed it. Yes, he did miracles --but no one was quoted saying Jesus did miracles unlike anyone. What the people said was that no one spoke like him. Jesus sounded unlike any religious leader the people had ever heard. Jesus did not try to organize them or rule them or control them. He taught enigmatically, in parables and aphorisms -yet he always challenged the hearer with the unspeakable mystery of the kingdom of heaven. Jesus' leadership style celebrated influence rather than control, choice rather than manipulation. Jesus used 46 parables in his teaching. All of them reveal something about the kingdom of God. Yet none of these parables present a religious to-do list. None of these parables would make a Pharisee happy. Yet the religion that the people knew was framed around obedience rather than understanding -so why wouldn't Jesus just make rules? Jesus' teaching leaves the hearer with the distinct impression that he mistrusted rules, systems, and formulas. Rather, Jesus would share insight into the Kingdom of God. Jesus would offer a parable, a truth, a concept, then leave the hearer to wrestle with it, to make application, to organize himself or herself in response to that insight.The issue of control versus influence lies at the heart of ministry. How we organize churches. How we advocate for politics. The culture that develops within our congregations. The tone of our teaching. Control versus influence becomes a culture war between church liberals and church conservatives. Sincere people disagree. Yet isn't it interesting that the One who actually had power forsook it, and humbled himself to influence and invitation? Jesus transformed the lives of the people he touched. Not just the Twelve but many beyond that inner circle. How did he do it? Jesus did it through levels of discipleship --where the hearer individually decides both whether he or she will respond, and the level of his or her response. This book seeks to show how Jesus used levels of discipleship to orient people toward the Kingdom of Heaven. And how we can use levels of discipleship to create an influence culture in our own Christian efforts. 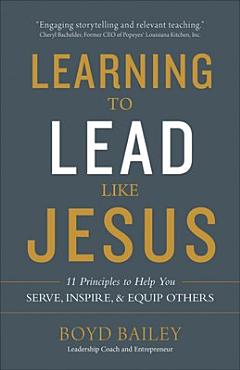 
Have You Ever Met a Great Leader? It's incredible when someone uses their gifts to make you feel valued and inspire you to greatness. What does it take to develop that kind of heart and influence? How can you become a leader like Jesus? Join Boyd Bailey as he shows you how to mirror Jesus's heart and make a positive difference in those around you. Explore 11 common traits that mark successful leaders, and learn the keys to growth in wisdom and humility. Through practical teaching, you will find that great leadership begins when you turn your focus to God and model Him in your attitude, conversations, and actions. A faithful life and humble spirit make you a leader worth following. When you lean into the Lord and learn from His example of perfect leadership, you will see lives transformed—beginning with your own!


Are you looking for a great gift to celebrate your Christian or Mormon faith? Or better yet, a way to write your experiences, thoughts, and journey through your prayers during lent, holy feast days, advent, or Christmas? This cute book with inspiration from biblical people with a black background is a perfect blank, lined journal for your favorite church goer. Details of this journal include: 6x9 inches, 120 pages, matte-finish cover and white paper. If you are looking for a different book, make sure to click on the author name for other awesome journal ideas.


Are you looking for a great gift to celebrate your Christian or Mormon faith? Or better yet, a way to write your experiences, thoughts, and journey through your prayers during lent, holy feast days, advent, or Christmas? This cute book with inspiration from biblical people with a red background is a perfect blank, lined journal for your favorite church goer. Details of this journal include: 6x9 inches, 120 pages, matte-finish cover and white paper. If you are looking for a different book, make sure to click on the author name for other awesome journal ideas.