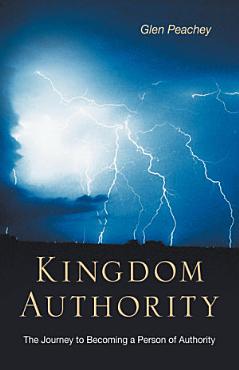 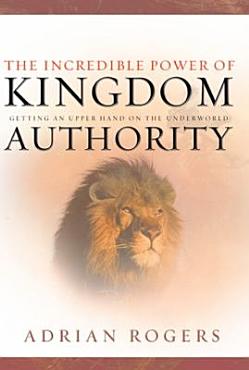 
A guide on tapping into the power that God unleashed when He raised Christ from death cites the role of Satan in contemporary failures and explains how readers can become part of God's power by working in the world to build His kingdom.


Big authority shifts changed history. Jesus announced the gospel of the Kingdom of God, but his message is hard for us to understand, because real kingdoms no longer exist. Modern kings are just ceremonial figureheads trotted out for special occasions and the covers of women's magazines. These rock star kings give a distorted view of the Kingdom of God, because they are worshipped, but they have no authority. Real kings had absolute authority over every person and thing within their kingdom. A king without authority was not a real king. He is a pretender. Authority is the heart of a kingdom. If there is no authority, there is no kingdom, so to understand the Kingdom of God, we must understand the nature of authority, and how it interacts between heaven and on earth. Most kings imposed their authority with military force. God has a totally different approach. He uses Free authority to accomplish his purposes on earth. This book describes the difference between Imposed Authority and Free Authority and explains why this has constrained God's ability to work on earth. Everything in this universe is shaped by authority. In the beginning God said, "Let it be" and it was. He had authority over everything. Two chapters later, God said, "Let us give authority to humans." Why on earth did he do that? When Jesus was being tempted, the devil said, "I have authority over all the kingdoms of the world." How did that happen? When Jesus preached the gospel, the people recognised his authority. Who gave him authority? By the end of the gospel Jesus was saying, "All authority in heaven and on earth has been given to me." How did that happen? The Book of Revelation says that Jesus has authority to open the scrolls that release God's activity on earth. How does that work? Kingdom Authority describes the history of authority in both the spiritual and physical realms. It explains the big authority shifts that have had massive impacts on earth. Most theologies jump from the fall straight to the cross, without much need for the stuff in between. That is a mistake, as if we ignore the events described in the Old Testament, we will fail to understand everything God is doing, and the big authority shifts that have constrained him. If we do not know about authority, we will not understand why evil has been so active on earth. God gave authority over the earth to humans. The forces of evil have been active on earth, because humans gave them authority, while God did not have the authority he needed to deal with evil. It took a special human do that, and until he came the powers of evil had a ball. Over the last fifty years, Christians have rediscovered the power of the Holy Spirit. Power is really important, so we need the power of the Holy Spirit working in our lives. However, the Holy Spirit has not had a free hand to bring in the Kingdom of God. He is often constrained by lack of authority. If we want to experience the fullness of the Spirit and see him working to accomplish God's purposes on earth, we must understand the working of authority. That is why the New Testament speaks about authority, as much as power. Jesus has given us the keys of the kingdom. He said that what we bind or release on earth will be bound or released in the spiritual realms. Understanding the nature of authority transforms intercessory prayer. Prayer is not pleading with God to do things that he is reluctant to do, it is finding out what he wants to do and giving him authority to do it. We have a marvellous gospel and the Holy Spirit is up to the job, but the Kingdom of God has still not come in the fullness that Jesus promised. The reason is authority. Two big authority obstacles stand into its way. This book explains how they will be removed, so that God's Kingdom can come as Jesus promised. 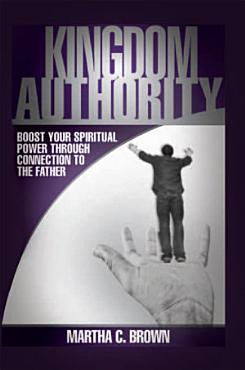 
Influenced by the Holy Spirit and immersed in Gods living Word, the DISCIPLE is empowered to operate in the same authority as Jesus to fulfill the Great Commission. In this book, the principles of Kingdom Authority will be explained so the DISCIPLE will: understand that the battlefield is in the spirit realm unlock revelation knowledge in Scripture by examining key words in the original Greek be equipped to discern manipulating spirits face and repent of any sin that may inhibit authority over demonic influences be rooted with foundational Scriptures so as not to be swayed by different doctrines 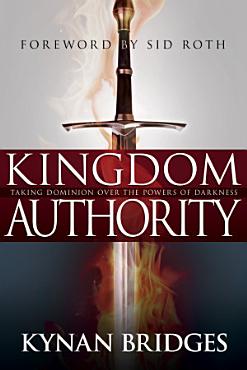 
Even as a young boy, Kynan Bridges understood that he was not alone in this world. He sensed the presence of God, but when he rededicated his life to Jesus in 1996, he also encountered the dark side of the spiritual realm firsthand. For several months, he was tormented by nightmares, demonic attacks, and the spirit of fear. Little did he know that such demonic attacks on the mind and body were not unique to him. Many people in the church battle with the realm of darkness, yet they remain silent and therefore stuck in its throes, with no knowledge of how to achieve victory. One night, feeling suffocated in his sleep, Kynan called on the only name he knew to call upon: the name of Jesus. Instantly, he was set free from the tyrannical grip of the devil. In that moment, he realized that he had authority over the enemy because the name of Jesus is more than a word used casually in Sunday school—it is the embodiment of the sovereign power of the kingdom of God. Kingdom Authority provides deep biblical insight into the authority that you possess as a child of God. You will discover how to invoke God’s Word and the name of Jesus to gain victory over the enemy and take dominion over the powers of darkness and their torments, finding freedom from fear, depression, lust, sickness, poverty, and bondage of all types.


"There are certain doors in life that can only be opened through the keys that Jesus left for us. We have been given the authority to use these keys, and when we do, the authority of heaven backs us. Through these keys, we have access to heaven and spiritual authority upon the earth." --J.T. Strong, Keys of the Kingdom In Keys of the Kingdom, you will learn some powerful principles that will help you grow in your relationship with God and become everything that God wants you to be. These biblical keys are our inheritance as believers and give us both access and authority in God's kingdom. "And I will give you the keys of the kingdom of heaven, and whatever you bind on earth will be bound in heaven, and whatever you loose on earth will be loosed in heaven." (Matthew 16:19, NKJV). In Keys of the Kingdom, you will learn: How to consistently get answers to your prayers. How making God a priority attracts His favor. How to be led by the Holy Spirit. How to use God's word in prayer. How financial generosity touches the heart of God. How to be a witness for Jesus. How fasting brings supernatural blessing and breakthrough. How to receive the baptism of the Holy Spirit. How humility, hungry, and holiness bring revival. How love can impact those around us.


The Kingdom Authority encourages all believers to live in the power of the kingdom of God right now. It will ignite & revitalize your soul with heaven's authority & glory. Kingdom Authority will challenge those who hold on to preconceived ideologies & religious order. Jesus Christ & His kingdom warriors will rule the earth.The best is yet to come


Kingdom Authority is heaven's mandate upon a believer's to resonate God's dominion and reality on earth and make them tributaries of God's majestic power. It delivers to them the incontestable and irresistible force of God's covenant, drawing their attention to the fact that it is time for the Church to take its place of authority on earth by living perpetually under the influence and dominion of the authority of God's Kingdom. in this series you will learn: How to operate by Kingdom authority. How to operate the finance, defense and judiciary systems of God's kingdom. Kingdom culture and colonization. How to move in the authority of the seven Spirit of God


This book is a must-have for every new believer! This manual transcends denominational lines and is geared towards use in the universal church - the Body of Christ at large. For far too long people have been "saved" but haven't experienced the transforming power of the Holy Spirit. This is the time for us to see new believers as well as those who have never experienced the Kingdom be transformed into the powerful warriors God is training up in these last days.