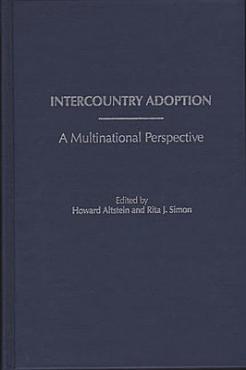 
This volume's contributors describe the experiences of foreign born adoptees and their families in such countries as the United States, Canada, Norway, West Germany, Denmark, the Netherlands, and Israel. They provide a brief history of intercountry adoption; specify rules and procedures employed in various countries; and evaluate pros and cons in the seven nations. The contributors discuss each country's formal statutes on transracial and intercountry adoption, and describe the organizations and/or social movements advocating such adoptions as well as those opposing them. Altstein and Simon conclude with a summary based on case studies on the successes and failures of intercountry adoption. 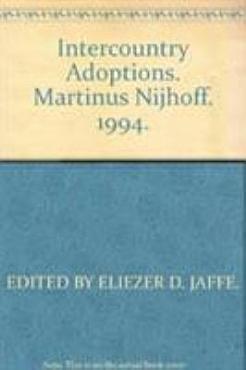 
The incidence of foreign adoptions from the nations of South America, Eastern Europe and Asia has greatly increased as a result of the drastic decrease in the number of adoptable babies from western nations. This book, written by adoption workers and legal scholars from twelve 'sending' countries, presents, for the first time, details of those countries' adoption laws and procedures as well as international agreements governing foreign adoptions. Intercountry Adoptions constitutes an important and long-awaited reference book for potential adoptive couples, child care workers, legal experts and social service agencies. 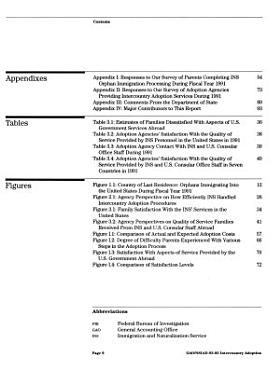 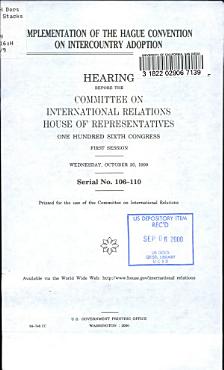 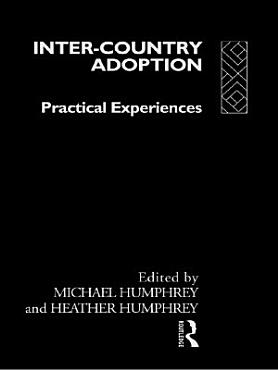 
There can be no doubt that intercountry adoption has grown in popularity over the past decade and many childless couples are now considering it as one option in the struggle to achieve a family. By presenting eight first-hand accounts from couples who have adopted from abroad,Inter-Country Adoption offers fascinating insight to the emotional, financial and legal difficulties that prospective adoptive parents must face.


The aim of this research is to engage in a preliminary theoretical analysis of intercountry adoption as a social and cultural practice, informed by two competing frameworks of sociological theory. Intercountry adoption in general has received little attention as a problem for sociological research, and even less as a topic that may be illuminated by sociological theory. Contrasting views of intercountry adoption that are evident in academic literature, policy and accounts of children's experts map onto two major, paradigmatically distinct approaches to social theorizing: the functionalist or social capital approach, in which the positive social value of intercountry adoption is highlighted, and the conflict-oriented or critical approach that takes a skeptical or problematic view of the institutional dynamics of intercountry adoption. In this dissertation, I draw on the world of policy analysis - specifically, on the knowledge and perspectives of leading national and international experts on child policy and social practices involving children and the state across the continent of Europe - as a beginning step to garner insight into how the phenomenon of intercountry adoption is constructed and understood by those who are directly involved in seeking to further the welfare of children. Using qualitative methods of discourse analysis, selected sections of three prominent international policies are analyzed to identify themes through which intercountry adoption is constructed in legal discourse. Key informants were selected for semi-structured, in-depth qualitative interviews based on their breadth and depth of professional expertise regarding social issues facing children and their potential influence at the national and international levels over children's protection and policy. Thirty-one original interviews with thirty-five key informants were conducted, and interview transcripts were analyzed using an inductive qualitative coding process to identify themes within their accounts of intercountry adoption that map onto to the functionalist and critical theoretical frameworks, respectively. Findings indicate a diversity and complexity of perspectives toward intercountry adoption, and analyses indicate salience and limitations of each theoretical paradigm. Descriptive results and theoretical implications of findings are discussed. 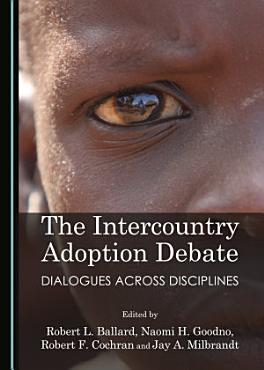 
Meaningful discussion about intercountry adoption (the adoption of a child from one country by a family from another country) necessitates an understanding of a complex range of issues. These issues intersect at multiple levels and processes, span geographic and political boundaries, and emerge from radically different cultural beliefs and systems. The result is a myriad of benefits and costs that are both global and deeply personal in scope. This edited volume introduces this complexity an ...


This unique anthology brings together, for the first time, the latest findings from research and practice plus first hand accounts by adopters and adopted children. Covering all aspects of the issues surrounding the adoption of children from overseas countries, it sets in context the views of both the sending and receiving countries, the UK government's position, and the views of both adopters and adoptees. A fascinating insight into this controversial and topical issue, it will interest all those involved in the adoption process. 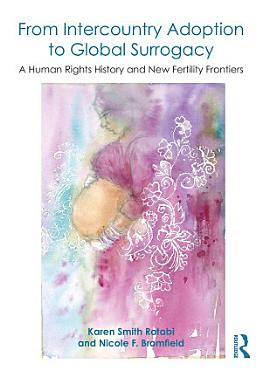 
Intercountry adoption has undergone a radical decline since 2004 when it reached a peak of approximately 45,000 children adopted globally. Its practice had been linked to conflict, poverty, gender inequality, and claims of human trafficking, ultimately leading to the establishment of the Hague Convention on Intercountry Adoption (HCIA). This international private law along with the Convention on the Rights of the Child affirm the best interests of the child as paramount in making decisions on behalf of children and families with obligations specifically oriented to safeguards in adoption practices. In 2004, as intercountry adoption peaked and then began a dramatic decline, commercial global surrogacy contracts began to take off in India. Global surrogacy gained in popularity owing, in part, to improved assisted reproductive technology methods, the ease with which people can make global surrogacy arrangements, and same-sex couples seeking the option to have their own genetically-related children. Yet regulation remains an issue, so much so that the Hague Conference on Private International Law has undertaken research and assessed the many dilemmas as an expert group considers drafting a new law, with some similarities to the HCIA and a strong emphasis on parentage. This ground-breaking book presents a detailed history and applies policy and human rights issues with an emphasis on the best interests of the child within intercountry adoption and the new conceptions of protection necessary in global surrogacy. To meet this end, voices of surrogate mothers in the US and India ground discourse as authors consider the human rights concerns and policy implications. For both intercountry adoption and global surrogacy, the complexity of the social context anchors the discourse inclusive of the intersections of poverty and privilege. This examination of the inevitable problems is presented at a time in which the pathways to global surrogacy appear to be shifting as the Supreme Court of India weighs in on the future of the industry there while Thailand, Cambodia and other countries have banned the practice all together. There is speculation that countries in Africa and possibly Central America appear poised to pick up the multi-million dollar industry as the demand for healthy infants continues on. 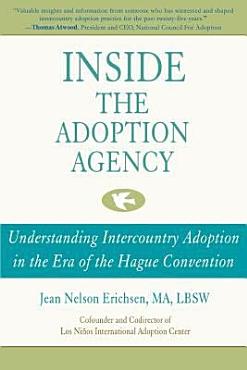 
Inside the Adoption Agency provides a glimpse inside the fascinating world of international adoption and explains the Hague Convention on Protection of Children and Co-operation in Respect of Intercountry Adoption, which is revolutionizing a process that was previously uncontrolled and marred by scandal."Jean Erichsen gives order to the often overwhelming mix of foreign and domestic requirements and provides the reader with many heart-warming and humorous moments as well." -Laura Kalish, attorney"Jean Erichsen has a lively and entertaining style of writing that makes this book hard to put down." -Sandra Carlson, LCSW"What I really appreciated about this book was how clearly it spelled out the total dependence of agencies and adoptive parents on the whims of the host countries." -Ruth Arnold, adoptive parent"This fascinating book will give the reader a renewed appreciation of the dedication and hard work by which trustworthy adoption professionals arrange for homeless children overseas to join their new American families. The Erichsens' unique historical perspective provides an understanding of why the Hague Convention on Intercountry Adoption will be coming into effect in this decade, in an effort to insure sound adoption agency practices with well prepared adoptive parents." -Deborah McCurdy, founder and supervisor of social work, Beacon Adoption Center"Jean Erichsen is one of the leading pioneers of intercountry adoption. Part history lesson and part "how-to guide," this book provides valuable insights and information from someone who has witnessed and shaped intercountry adoption practice for the past twenty-five years." -Thomas Atwood, President and CEO, National Council For Adoption