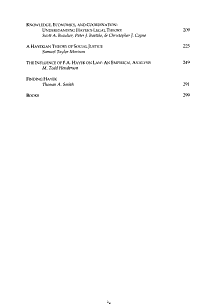 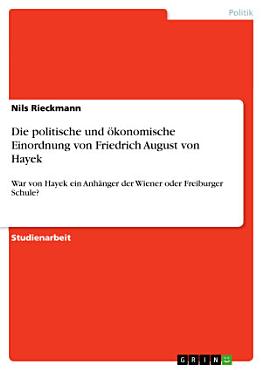 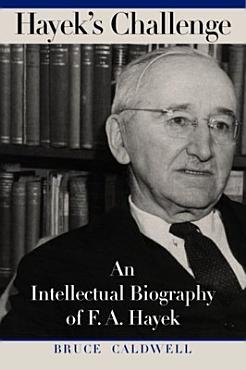 
Friedrich A. Hayek is regarded as one of the preeminent economic theorists of the twentieth century, as much for his work outside of economics as for his work within it. During a career spanning several decades, he made contributions in fields as diverse as psychology, political philosophy, the history of ideas, and the methodology of the social sciences. Bruce Caldwell—editor of The Collected Works of F. A. Hayek—understands Hayek's thought like few others, and with this book he offers us the first full intellectual biography of this pivotal social theorist. Caldwell begins by providing the necessary background for understanding Hayek's thought, tracing the emergence, in fin-de-siècle Vienna, of the Austrian school of economics—a distinctive analysis forged in the midst of contending schools of thought. In the second part of the book, Caldwell follows the path by which Hayek, beginning from the standard Austrian assumptions, gradually developed his unique perspective on not only economics but a broad range of social phenomena. In the third part, Caldwell offers both an assessment of Hayek's arguments and, in an epilogue, an insightful estimation of how Hayek's insights can help us to clarify and reexamine changes in the field of economics during the twentieth century. As Hayek's ideas matured, he became increasingly critical of developments within mainstream economics: his works grew increasingly contrarian and evolved in striking—and sometimes seemingly contradictory—ways. Caldwell is ideally suited to explain the complex evolution of Hayek's thought, and his analysis here is nothing short of brilliant, impressively situating Hayek in a broader intellectual context, unpacking the often difficult turns in his thinking, and showing how his economic ideas came to inform his ideas on the other social sciences. Hayek's Challenge will be received as one of the most important works published on this thinker in recent decades. 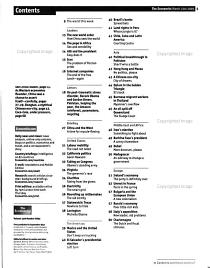 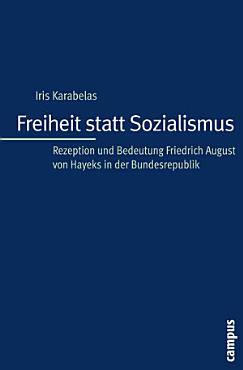 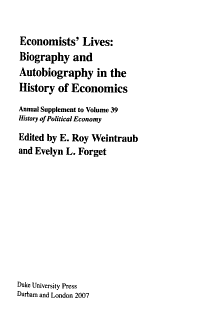 
This collection of essays, a supplement to History of Political Economy, brings together prominent scholars from economics, sociology, literature, and history to examine the role of biography and autobiography in the history of economics. The first of its kind, this volume looks at the relevance of first-person accounts to narrative histories of economics. The essays consider both the potential and the limits of life writing, which has traditionally been used sparingly by historians of economics, and examine types of biographies, the relationship between autobiography and identity, and the writing of biography. Contributors to this collection question whether biography is essential to understanding the history of economic ideas and consider how autobiographical materials should be read and interpreted by historians. Articles consider the treatment of autobiographical materials such as conversations and testimonies, the construction of heroes and villains, the relationship between scientific biography and literary biography, and concerns related to living subjects. Several essays address the role of biography and autobiography in the study of economists such as F. A. Hayek, Harry Johnson, Alfred Marshall, John Maynard Keynes, Oskar Morgenstern, and François Quesnay, concluding with several accounts of the interconnection of the historians' projects with their own autobiographies. All 2007 subscribers to History of Political Economy will receive a copy of "Economists' Lives: Biography and Autobiography in the History of Economics" as part of their subscription. Contributors Roger E. Backhouse Bruce Caldwell Loïc Charles William Coleman Robert W. Dimand Paul John Eakin Ross B. Emmett Evelyn L. Forget Craufurd D. Goodwin Peter Groenewegen Malachi Haim Hacohen Jan-Otmar Hesse Patricia Laurence Frederic S. Lee Robert Leonard Tiago Mata D. E. Moggridge Jeremy D. Popkin Mike Reay Christine Théré E. Roy Weintraub 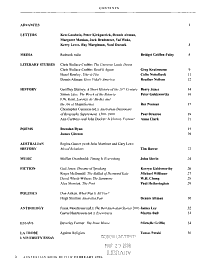 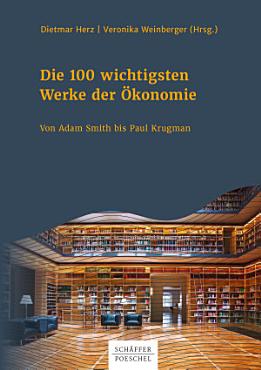