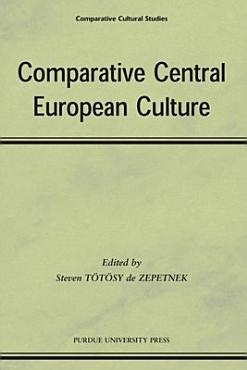 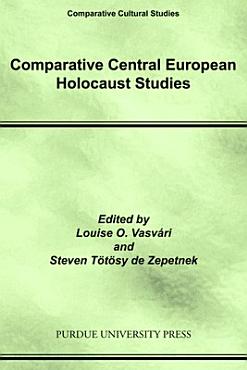 
The work presented in the volume in fields of the humanities and social sciences is based on 1) the notion of the existence and the "describability" and analysis of a culture (including, e.g., history, literature, society, the arts, etc.) specific of/to the region designated as Central Europe, 2) the relevance of a field designated as Central European Holocaust studies, and 3) the relevance, in the study of culture, of the "comparative" and "contextual" approach designated as "comparative cultural studies." Papers in the volume are by scholars working in Holocaust Studies in Australia, Germany, Hungary, Israel, Serbia, the United Kingdom, and the US. 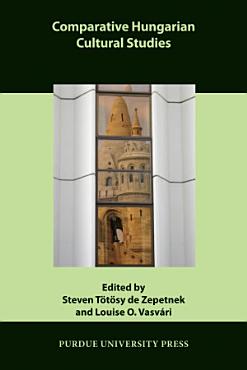 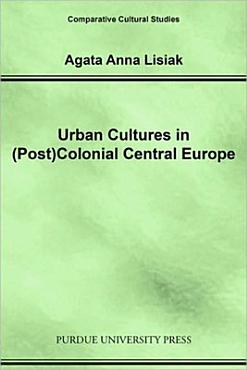 
"Agata Anna Lisiak shows in her book Urban Cultures in (Post)colonial Central Europe how the postcolonial idea, developed recently to study Central and East European culture, can help us see the transformations of cities in the region. Lisiak argues that Berlin, Budapest Warsaw, and Prague are incubated cultures whose deepest forces were shadowy and ironic."-Marshall Berman, City University of New York "Lisiak's rendition of Siegfried J. Schmidt's and Itamar Even-Zohar's theoretical frameworks-the empirical study of culture, literature, and the media and polysystem theory-are combined with concepts of comparative cultural studies, and the concept of the "(post)colonial city" is applied and implemented throughout her argumentation. Lisiak sees the diminishing centrality of the old communist "colonizers" as coexisting with the impact of Western and globalized cultural patterns. The theoretical background of the study, combined with Steven T÷t÷sy de Zepetnek's concept of Central European culture and its "in-between peripherality," offers a tool to analyze cultural representations of Central Europe in past decades. The book includes detailed observations on the history of street names, analyses of web sites, and literary, cinematic, and architectural representations in Berlin, Budapest, Prague, and Warsaw."-Bart Keunen, Ghent University 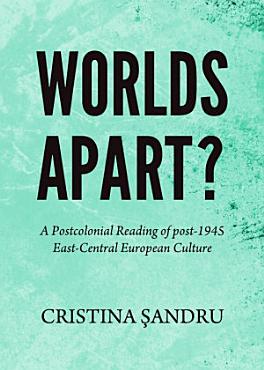 
This study explores the relation of the Eastern European problematic to postcolonial critical practice, interrogating the extent to which postcolonialism can help illuminate instances of imperial domination in non-Third World contexts. It argues that colonisation is to be understood principally as a condition of ideological domination that has engendered similar forms of literary and cultural resistance; consequently, it offers a comparative framework which enables a reading in differential contexts of texts that ostensibly have little in common, but which, on close examination, reveal a shared imaginative space, rhetoric and narrative agency. The book consists of two interrelated parts. Part one is a critical discussion of the ideologies, cultural imaginaries and representational practices articulated in a diverse range of representative postcolonial and post-1945 East-Central European texts; these are shown to share, despite dissimilar conditions of production, uncannily related narrative modes and thematic emphases. Part two is a comparative literature case-study which discusses two authors whose work is both highly representative of the cultural formations discussed in the first part (Milan Kundera and Salman Rushdie) and, at the same time, highly controversial. The chapters dedicated to Kundera’s and Rushdie’s work examine the cultural geography of their novels, particularly in the writers’ use of memory and story-telling to reconfigure history and personal identity in conditions of literal and metaphorical displacement. While their novels thrive on ironic subversion and ambiguity, they simultaneously gesture towards a redemptive space of the imagination, transcending the constraints of both locality and history. 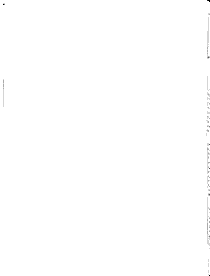 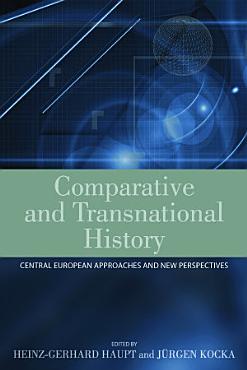 
Since the 1970s West German historiography has been one of the main arenas of international comparative history. It has produced important empirical studies particularly in social history as well as methodological and theoretical reflections on comparative history. During the last twenty years however, this approach has felt pressure from two sources: cultural historical approaches, which stress microhistory and the construction of cultural transfer on the one hand, global history and transnational approaches with emphasis on connected history on the other. This volume introduces the reader to some of the major methodological debates and to recent empirical research of German historians, who do comparative and transnational work. 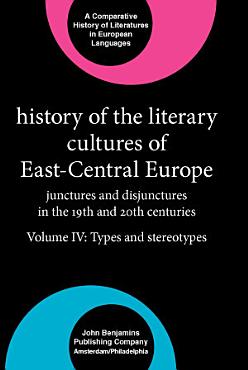 
Types and stereotypes is the fourth and last volume of a path-breaking multinational literary history that incorporates innovative features relevant to the writing of literary history in general. Instead of offering a traditional chronological narrative of the period 1800-1989, the History of the Literary Cultures of East-Central Europe approaches the region’s literatures from five complementary angles, focusing on literature’s participation in and reaction to key political events, literary periods and genres, the literatures of cities and sub-regions, literary institutions, and figures of representation. The main objective of the project is to challenge the self-enclosure of national literatures in traditional literary histories, to contextualize them in a regional perspective, and to recover individual works, writers, and minority literatures that national histories have marginalized or ignored. Types and stereotypes brings together articles that rethink the figures of National Poets, figurations of the Family, Women, Outlaws, and Others, as well as figures of Trauma and Mediation. As in the previous three volumes, the historical and imaginary figures discussed here constantly change and readjust to new political and social conditions. An Epilogue complements the basic history, focusing on the contradictory transformations of East-Central European literary cultures after 1989. This volume will be of interest to the region’s literary historians, to students and teachers of comparative literature, to cultural historians, and to the general public interested in exploring the literatures of a rich and resourceful cultural region. 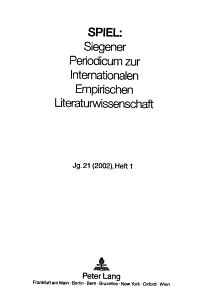 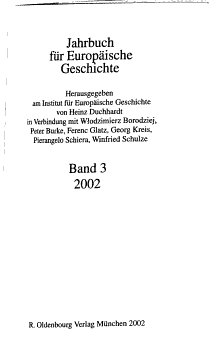