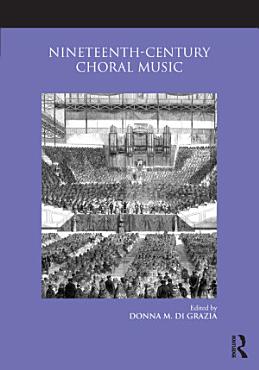 
Nineteenth-Century Choral Music is an in-depth examination of the rich repertoire of choral music and the cultural phenomenon of choral music making throughout the period. The book is divided into three main sections. The first details the attraction to choral singing and the ways it was linked to different parts of society, and to the role of choral voices in the two principal large-scale genres of the period: the symphony and opera. A second section highlights ten choral-orchestral masterworks that are a central part of the repertoire. The final section presents overview and focus chapters covering composers, repertoire (both small and larger works), and performance life in an historical context from over a dozen regions of the world: Britain and Ireland, the Czech Republic, France, Germany, Hungary, Italy, Latin America, the Philippines, Poland, Russia, Scandinavia and Finland, Spain, and the United States. This diverse collection of essays brings together the work of 25 authors, many of whom have devoted much of their scholarly lives to the composers and music discussed, giving the reader a lively and unique perspective on this significant part of nineteenth-century musical life. 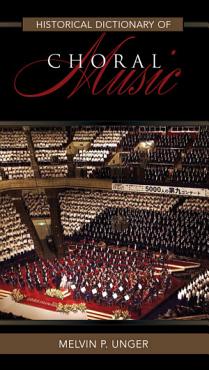 
The Historical Dictionary of Choral Music focuses on choral music and practice in the Western world from the medieval era to the 21st century. This is done through a chronology, introduction, bibliography, and over 1000 cross-referenced dictionary entries on important composers, genres, conductors, institutions, styles, and technical terms of choral music. 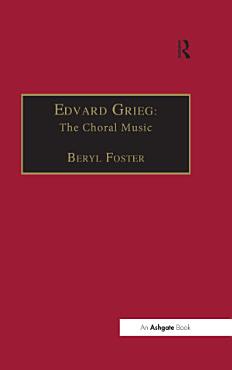 
Edvard Grieg?s choral music has remained little known outside Scandinavia. One of the chief aims of this book is to bring this body of work to the notice of a wider audience, in the hope that it may receive greater prominence in concert programmes. Choral pieces form a relatively small proportion of Grieg?s total output, although works such as the Album for Male Voices and the Four Psalms represent significant developments in his compositional career. In this study Beryl Foster not only provides an in-depth examination of this music, but also presents a picture of Norwegian musical life in the second half of the nineteenth century. An overview of Norway?s choral tradition from the Middle Ages provides the historical context from which Grieg came to the genre. Subsequent chapters discuss in detail the types of choral works that he wrote, such as occasional and commemorative pieces, dramatic works and solo song arrangements. A set of useful appendices, including a chronological list of works and a discography complete this original survey. 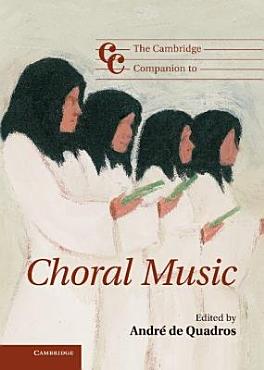 
Bringing together perspectives on history, global activity and professional development, this Companion provides a unique overview of choral music. 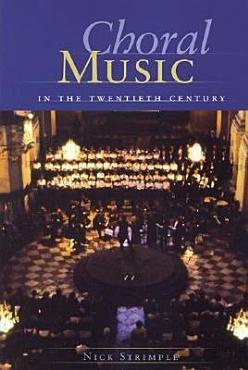 
Musical works for chorus are among the great masterpieces of 20th-century art. This guide, the first truly comprehensive volume on the choral music of the last century, covers the spectacular range of music for vocal ensembles, from Saint-Saens to Tan Dun. The book will be essential to every choral conductor and a valuable resource for choir members, choral societies and choruses. 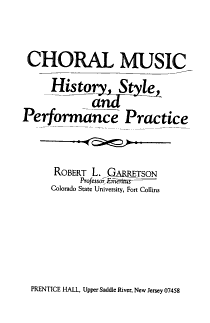 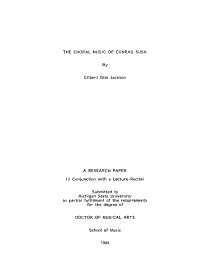 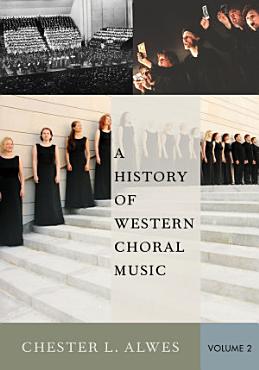 
A History of Western Choral Music explores the various genres, key composers, and influential works essential to the development of the western choral tradition. Author Chester L. Alwes divides this exploration into two volumes which move from Medieval music and the Renaissance era up to the 21st century. Volume II begins at the transition from the Classical era to the Romantic, with an examination of the major genres common to both periods. Exploring the oratorio, part song, and dramatic music, it also offers a thorough discussion of the choral symphony from Beethoven to Mahler, through to the present day. It then delves into the choral music of the twentieth century through discussions of the major compositional approaches and philosophies that proliferated over the course of the century, from impressionism to serialism, neo-classicism to modernism, minimalism, and the avant-garde. It also considers the emerging tendency towards nationalistic composition amongst composers such as Bartók and Stravinsky, and discusses in great detail the contemporary music of the United States, and Great Britain. Framing discussion within the political, religious, cultural, philosophical, aesthetic, and technological contexts of each era, A History of Western Choral Music offers readers specialized insight into major composers and works while providing a cohesive understanding of choral music's place in Western history. 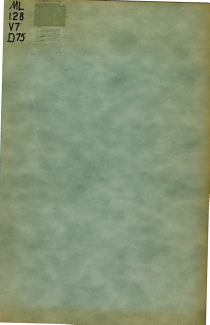 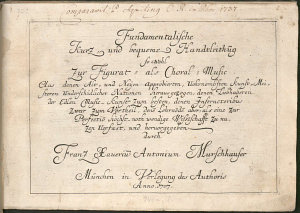