PDF Download: administration report of the baluchistan agency for eBook 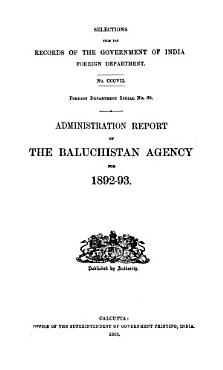 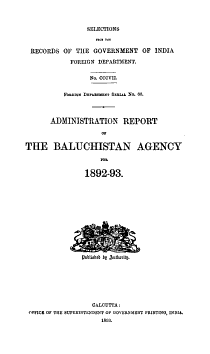 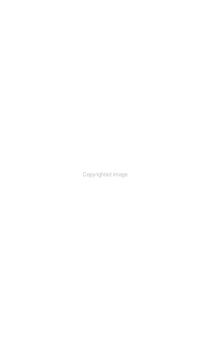 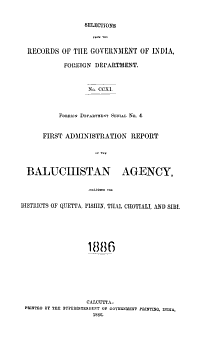 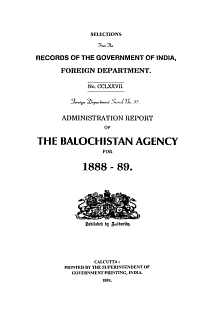 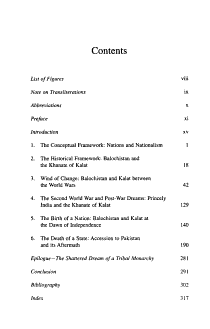 
Back to the Future investigates the genesis of Baloch nationalism during the first half of the twentieth century, analyzes the emergence of a Baloch national movement, and sets it in relation to the rise of an Indian and Muslim Indian (Pakistan) national movement in British India during that time. The study portrays the decline and disintegration of the Baloch khanate of Kalat during the last decades of British rule, analyzes Kalat's lack of integration but increasing attachment to British Indian affairs, and summarizes the colonial legacy of Balochistan in respect of political, administrative, and constitutional development. It investigates the emergence of a royalist movement around the figure of the khan of Kalat, and discusses his attempt to turn back time and revert to Balochistan's pre-colonial status. The book also probes into the coincident rise of a Baloch nationalist movement, and analyzes the political and cultural framework of an emerging Baloch national identity. It traces the political demands of Baloch nationalist pioneers, and looks for interrelations with the Muslim nationalist and the Baloch royalist movements. Back to the Future ascertains the emergence of a Baloch national movement as the outcome of the historical and political circumstances during the British withdrawal from India, and portrays the evolution of Baloch national identity as a reaction to the territorial, political, and cultural inclusion on the side of the All India Muslim League and the Pakistan movement. 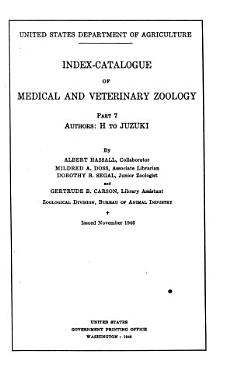 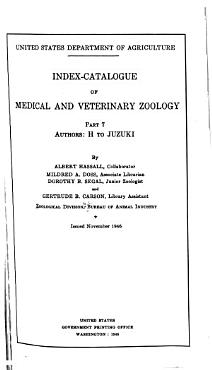 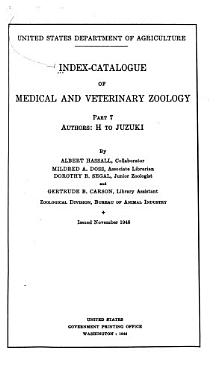